Why Are Avalanche Deaths Rising Despite Better Safety Gear?

Standing at the top of a chute at Whistler, Kim Miller, CEO of SCARPA North America, tallied the red flags in his head: new snow, high winds, steep angle.

“I’m not trying to be that guy who’s trying to be the know-it-all,” said Miller. “It’s just experience that told me, today’s not the day for that run.”

Nevertheless, another skier decided to give it a shot. He turned to his buddy and said, “if anything happens to me, tell my girlfriend I love her!”

He shoved his Avalung in his mouth and dropped in. Miller watched. “Two turns and the whole thing just flushed,” he said.

While the unlucky skier was found quickly and dug out without sustaining any injuries, the Colorado Avalanche Information Center reports that an average of 27 people die annually in avalanches in the United States. With a sharp increase in the popularity of backcountry users, many companies that manufacture backcountry equipment are taking it upon themselves to make sure their customers know what they’re getting into. “The fact is, people can get hurt using our products,” says Miller. “You’ve gone out and gotten your brand new beacon, and you have your airbag pack now, and you have all that stuff. But do you have a clue how to use it?”

As more companies are selling backcountry specific products, “you kind of have to realize you can’t just equip everybody with the means of getting out there and not push any type of education,” says Dane Olson, who works in sales for Backcountry Access.

Just because someone buys a touring boot doesn’t necessarily mean that they’re going to use it in the backcountry, but at the very least it indicates there is a desire to do so. When beacon, probe, shovel, and airbag sales go up, it’s pretty safe to say that more people are heading into the backcountry. 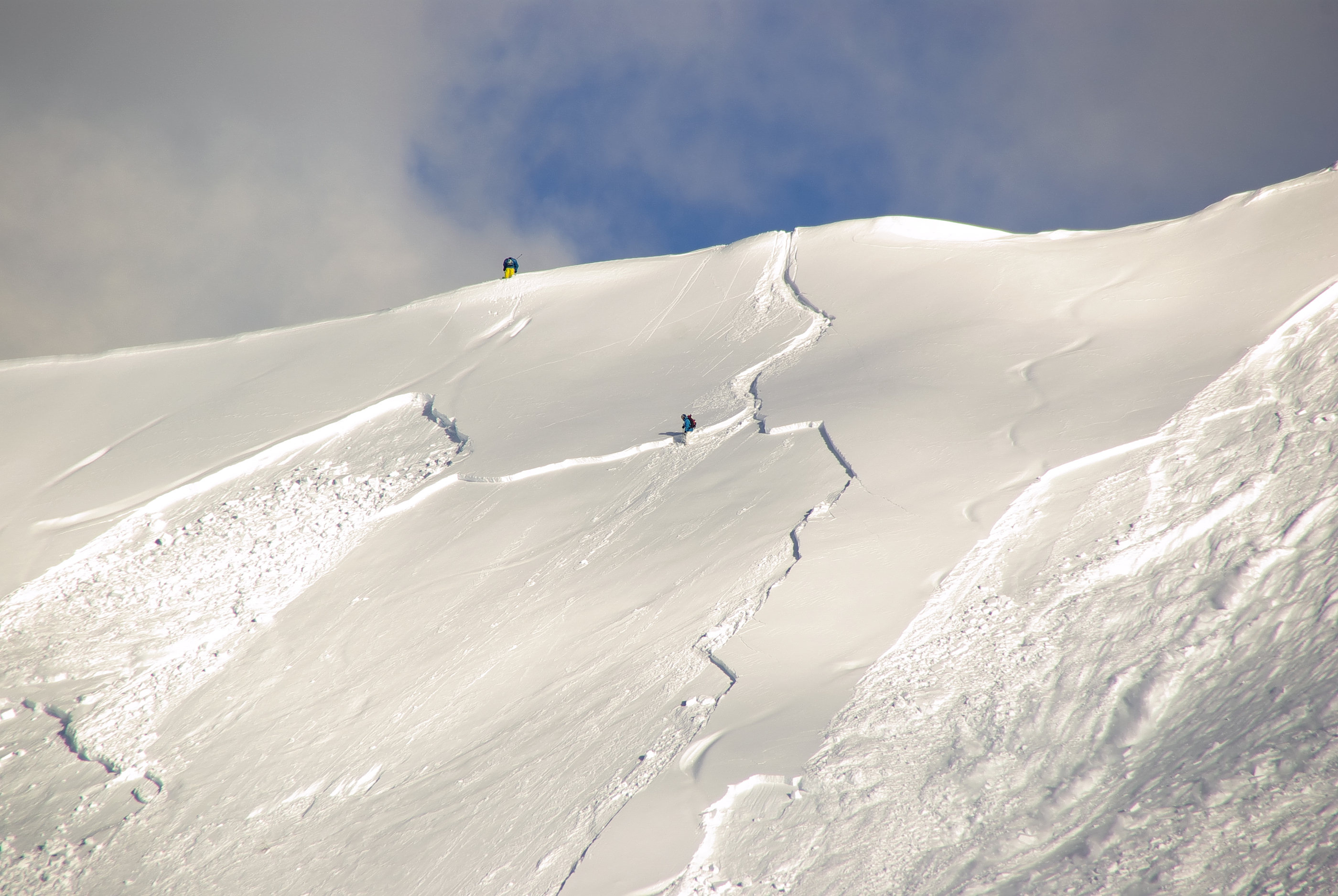 A skier examines an avalanche crown and slide path

According to SnowSports Industries America (SIA), during the 2015/16 season, 900,000 skiers and 963,000 snowboarders reported heading into the backcountry, a 21% increase from the previous season. Equipment sales are also up. During the same time period, backcountry-specific skis, boots, and bindings increased (in dollars sold) by 8% and accessories – beacons, probes, skins, and shovels – are up 17%.

“Go to Berthoud Pass, Teton Pass, Donner Summit – you can see the difference,” says Miller.  “People are waiting for parking spaces on Teton Pass; there’s a parking attendant. It’s a total mess when people [are] looking to park.” Olson says the brand has noticed the increase. “We’ve seen a huge amount of growth,” he said. “Business is good, but at the same time we’re trying to reduce the amount of fatalities as the population of people in the backcountry grows.”

The increase in backcountry users is, anecdotally, attributed to a number of factors, including marketing, better technology, and a general rise in the popularity of the great outdoors.

“With Instagram and Facebook, it’s so easy for each and every company to put up photos of people skiing powder and pillows and everything that everybody wants to do,” says Olson, “but not really highlighting the things they’ve done in the background to get to that point.”

The barrier to entry has also never been lower. Until recently, the backcountry was restricted to mostly telemark skiers. Alpine skiers and snowboarders who wanted to head into the backcountry were limited by equipment that was heavy, cumbersome, and performed poorly compared to traditional gear. Now, the stiff, uncomfortable leather telemark boots of yore are all but obsolete.

“The equipment has allowed them to step into something new,” says Dustin Butcher, who runs marketing for G3.

Aside from making equipment that is stronger, lighter, and performs better, companies are focusing on new technologies such as airbag packs and smarter beacons. Ortovox incorporates technology in their new beacons that helps a victim be found more quickly by enabling them to transmit from two antennas (the industry standard is one). That way if a victim is buried vertically, the searcher has a better chance of finding a strong signal.

Airbag packs, while still a niche market, are becoming more mainstream in addition the traditional beacon, probe, and shovel kit. The first generation of packs were expensive and powered by a single-use nitrogen cartridge that was difficult to travel with and refill. Ortovox, in addition to reducing the number of moving parts in their airbag system from 70 to 20 this year, now uses compressed air, which is easier to refill. Other companies, such as Black Diamond and Arc’teryx, are ditching the cartridge system altogether and using a battery-operated fan, allowing for multiple deployments and an easy recharge (think practice).

Though there have been some success stories with airbags, companies are quick to point out that their equipment is only for a worst-case scenario and doesn’t mean you can take greater risks.

“It’s sexy to sell products based on survival stories,” says Olson. But really, companies hope you’ll never have to use their products.

“The idea that if I get caught in an avalanche and just pull this loop on my pack and an airbag comes out and saves me, is a fallacy,” says Miller. “I have an airbag in my car too, and I don’t plan on using that anytime in the near future. If I do use it, something really bad went wrong.”

So how are backcountry gear companies dealing with their newfound popularity? By making sure their customers are educated, or at least steering them in the right direction. From Arc’teryx to Ortovox, gear manufacturers are offering online tutorials, links to AIRIE class schedules and even outings where newcomers to the backcountry can get hands-on experience under the noses of experts. However, they make it clear that while the online resources are a good start, it’s not a replacement for an avalanche class.

“We’re not the teachers, we’re a resource to give you information where those resources are,” says Miller. “Be mindful, be present; take risks, but calculated ones.”

Whether you remember telemarking in leather boots or have never set foot outside of a resort, there are plenty of resources online to help you make better decisions. Get started here: